"Don't start demoing, start listening": Why the salespeople we trust are experts in their clients' needs - Bo Alroe | S1E9

Bo is an expert in sales management, strategy and execution in the enterprise software industry, based in Denmark. We talk about how to walk into a room and what it means to establish a cycle of curiosity with your clients. 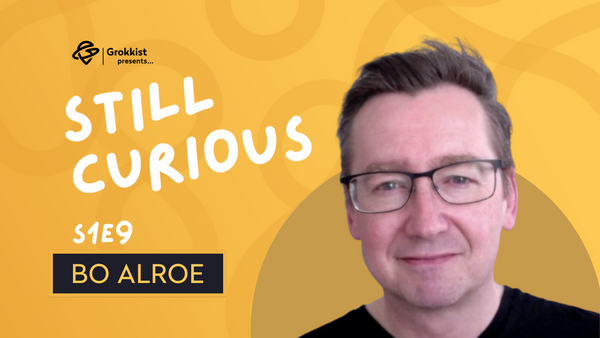 How Bo likes to learn

Episode appetiser - We knew nothing when we started (17 sec)

Why salespeople should be subject matter experts (57 sec)

The most important thing in sales (54 sec)

How salespeople can build trust with their clients (44 sec)

Bo Alroe is an expert in sales management, strategy and execution in the enterprise software industry, based in Denmark. Before working as Director of Strategy at Digital Science, Bo was a co-owner of Atira, a Danish software company most well-known for creating a system called Pure that helps universities manage their publications and information about their research.