Creativity, classrooms, calligraphy: "You never know what it's going to be until it's finished" - Peter Gilderdale | S1E6

Peter Gilderdale is a freelance writer and calligrapher and recently retired lecturer in Design History at Auckland University of Technology. We talk about the difference between education that gets people creative and excited vs turning out people who just want to tick boxes. 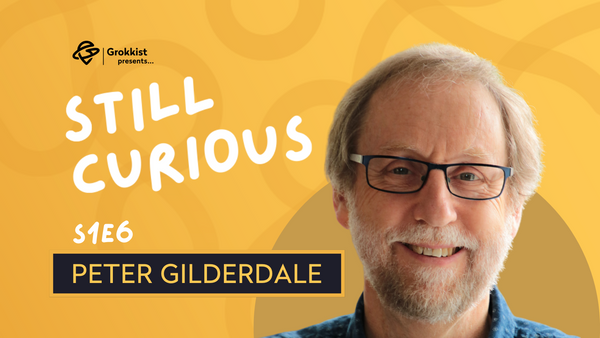 How Peter likes to learn

Why calligraphers are good golfers (58 sec)

What's involved in being a professional calligrapher (58 sec)

What's the difference between typography and calligraphy (56 sec)

Peter Gilderdale is a freelance writer and calligrapher and recently retired lecturer in Design History at Auckland University of Technology. He is the author of recent instalments in The Little Yellow Digger series of popular children's stories, originally created by his parents Betty and Alan Gilderdale.