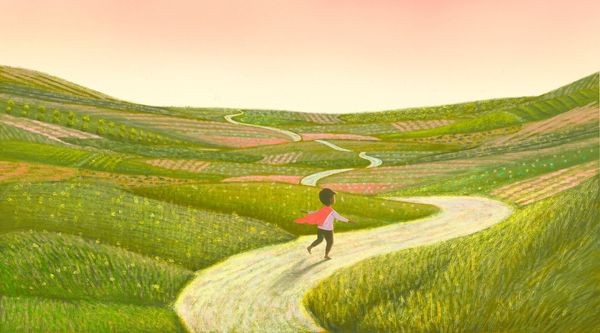 A grokkist owns their education and is led through life by learning – someone who groks as a way of being. They value breadth and depth of knowledge and fill their cup by drinking deeply from the well of understanding.

Grokkists tend to have oodles of interests and hobbies – too many, some might say – and they resist specialising too far in any of them lest they miss out for too long on the others.

No matter what age they are, grokkists still have their curiosity intact and they have not yet forgotten how to play. They are grown-ups who are still deciding what to be when they grow up.

Traditional school-based learning is usually boring, stifling or irrelevant for grokkists, overly preoccupied as it is about grades and with moulding people into a commodity fit for market, rather than an inquisitive and well-rounded human being.

Grokkists often figure things out faster than others and rejoice in bringing what they’ve learned to those around them. They burn with a quiet conviction that knowledge can make a difference.

Because they tend to assume that others value knowledge in the same way, they struggle when their insights are ignored, or worse, unwanted.

It is a hard lesson for grokkists to learn that many people simply aren’t as interested as they are. And because they may have taken a casual approach to specialising, sticking around or getting credentials, they may not have built up the institutional authority or social capital to make real change where they are.

Grokkists often feel stuck, frustrated, isolated and restless. Some find ways to do well in the system, some find a niche on the edges that suits them, some keep changing things up to survive, and some crash out altogether.

They wonder what’s wrong with them, even while their lived experience confirms to them time and again that such success as they have enjoyed usually comes from understanding things that others don’t see.

Grokkists pursue new information on a hunch that in might turn out to be useful later, because in their experience it usually is. They’ve tried a bunch of seemingly random things and abandoned plenty more, but their learning is never wasted.

They are rapid learners and creative problem solvers whose best insights emerge from the intersections of different areas of expertise. They understand situations and problems in multiple dimensions, and because they can understand how the details and the big picture fit together, they can usually see what’s missing and step in to synthesise a way forward.

Grokkists are usually well-liked and often admired, but rarely understood.

They bring incredible value to anything they are a part of, but systems of education and work were not designed by them, or for them.

There wasn’t a place or even a name for them. Until now.

Grokkists need a space to connect with people and ideas that melt away our isolation, get us unstuck and keep us energised. A community where we can share and draw on each others’ knowledge, experiences and enthusiasms. A place we know we can return to anytime to find clarity and convert it into transformative action.

We are creating that community. Together.

🤔
If you’ve discovered you’re a grokkist, we invite you to move past the sense that you never fit the mould, and to begin to see yourself in a new light.

Through understanding and cultivating your unique strengths with care and attention, you can develop the self-assurance to forget the mould altogether.

Together, we can unlock the grok.

🙋‍♀️
If this resonates with you, I'd love it if you could take a moment to let me know what you would most like to see from the Grokkist community. Click the video below or just reply to this email.

Join a growing community of grokkists to get absorbing editorial, snackable learning links and practical wisdom from many walks of life straight into your inbox every two weeks.